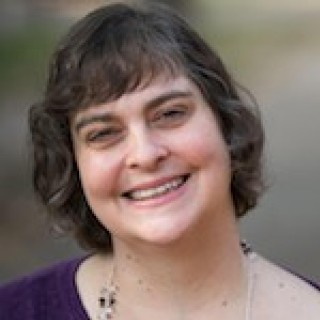 is the head of school. Karen’s career demonstrates a rich and diverse set of skills: project oversight, curriculum development, educator training and mentoring, and classroom instruction. Prior to coming to Chicago Friends School, she worked as a senior specialist in science curriculum for American Institutes for Research. Before this, she oversaw educational programming at the Adler Planetarium, first as its director of education and then as associate vice president for visitor experience and learning. She has also worked in instruction and teacher development at the University of Illinois at Chicago’s Learning Sciences Research Institute and has authored more than 20 scholarly papers, book chapters, and conference presentations.

Karen is an active, dedicated Friend (Quaker) and has held various leadership positions at the Evanston Friends Meeting. She enjoys baking, cooking, and painting and is a member of the Playmation improv comedy team.